Thomas Shapiro asks whether inequality in assets, particularly racial inequality, stymie social mobility. According to Shapiro, wealth is a special form of money. Income pays the bills, but assets: savings, inheritances, gifts from relatives, are what provide the down payment on a home, the tuition for higher education, or capital for opening a small business.

Thomas Shapiro is Pokross professor of law and social policy at the Heller School for Social Policy and Management, Brandeis University. He is author of The Hidden Cost of Being African American: How Wealth Perpetuates Inequality and co-author of Black Wealth/White Wealth.

Color of Wealth: The US Racial Wealth Divide

For every dollar in assets possessed by the average white family in the United States, the average family of color has less than a dime. This event asks why the distribution of wealth in our nation is so uneven; whether public policy, even when well intentioned, reinforces existing inequalities; and whether or not race and ethnicity continue to play a pivotal role in defining the haves and have-nots in our society.

Meizhu Lui is the Executive Director of United for a Fair Economy, a national non-profit organization that helps build social movements for greater equality. Her articles have appeared in the Wealth Inequality Reader, Inequality Matters, and in Yes!, Orion, and Social Policy magazines, as well as in Black Commentator. Meizhu Lui was a hospital food service worker and AFSCME activist for 20 years, and became the first Asian President of a local union in Massachusetts. Meizhu Lui serves on the Center for American Progress National Initiative to End Poverty. She is a Trustee of the Hyams Foundation in Boston, Massachusetts and a long-time member of Freedom Road Socialist Organization. Her work in Boston has been honored by the YWCA, the Immigrant Workers' Resource Center, Mass Senior Action Council, the Boston Women's Fund, the Big Sisters Association, and Labor Studies Program at the University of Massachusetts-Boston.

Betsy Leondar-Wright is the Communications Director at United for a Fair Economy, and co-author of Shifting Fortunes: The Perils of the Growing American Wealth Gap. She is also on the board of Class Action, a non-profit organization that raises consciousness about class and money. She has spoken about economic inequality on CNN, Air America and hundreds of local and syndicated radio shows. Her op-eds have appeared in the San Jose Mercury News, Tallahassee Democrat, Daily Corinthian, Topeka Capital-Journal, and others. Before coming to UFE, Leondar-Wright directed two organizations, the Massachusetts Human Services Coalition and the Anti-Displacement Project.

Michelle Cromwell is an Assistant Professor at Pine Manor College and a Center Associate at PMC's Center for Inclusive Leadership and Social Responsibility. She holds a PhD in Conflict Analysis and Resolution from Nova Southeastern University, Florida. Her areas of specialty include: Multiculturalism, Violence Prevention, Peace Making/Keeping, Social Capital, Coalition and Capacity Building, Race and Ethnic Relations, Conflict Transformation, and Culturally Sensitive Mediation. As a lecturer she teaches in both the Management and Social & Political Systems Departments. Cromwell also works as an independent consultant and lecturer and is the founder of Multicultural Perspectives, a company that works with human systems to enable them to see the world through different lenses.

When Affirmative Action Was White

Ira Katznelson discusses how racism and Jim Crow imposed themselves on the key social policies of the New Deal and the Fair Deal, and asks what the consequences are for America today. 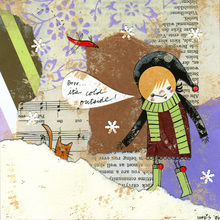 No curso de história, no Rio, por exemplo, a participação chega a 46%, no turno noturno. 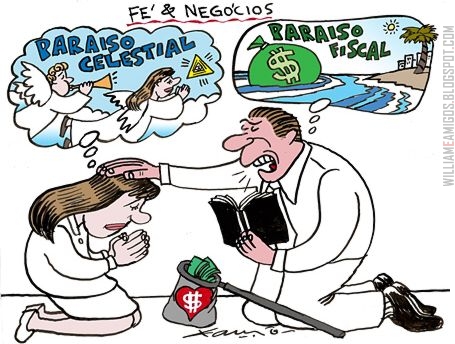